Cancer in the UK

Each year, around 375,000 new cases of cancer are diagnosed in the UK, while around 166,500 people die from the disease. Although more than 200 different types of cancer have now been identified, the four main types: lung, bowel, prostate and breast are responsible for over half (53 per cent) of all cancer deaths in the UK.

Pancreatic cancer is the tenth most common cancer and the fifth most deadly, accounting for around 9500 deaths each year. What is striking is that the number of people who survive for five years or more following diagnosis of pancreatic cancer has not changed significantly since the 1970s.

The charts below show annual incidence and mortality from some of the most common cancers between 2016 and 2018 (based on statistics provided by Cancer Research UK). Some cancers, like breast and prostate, have a high number of cases, but account for a smaller proportion of deaths. Pancreatic cancer, however, accounts for a large proportion of deaths, relative to the number of cases. 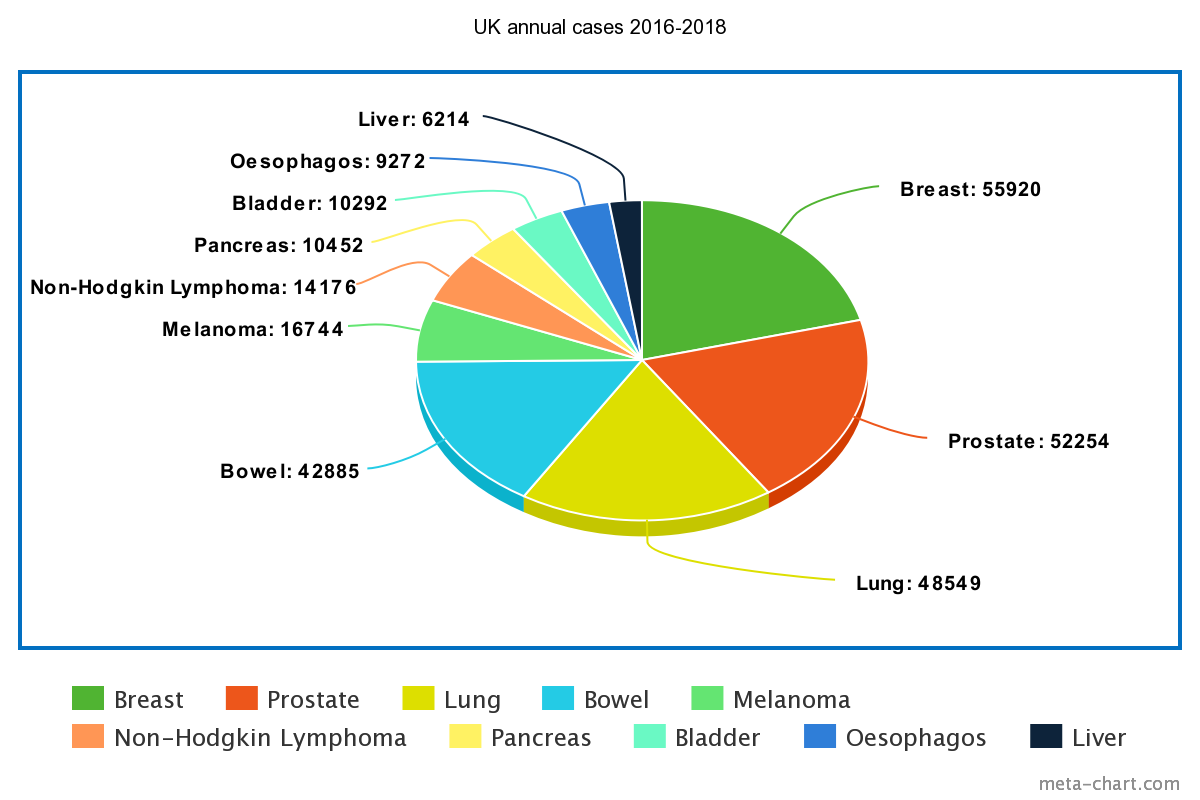 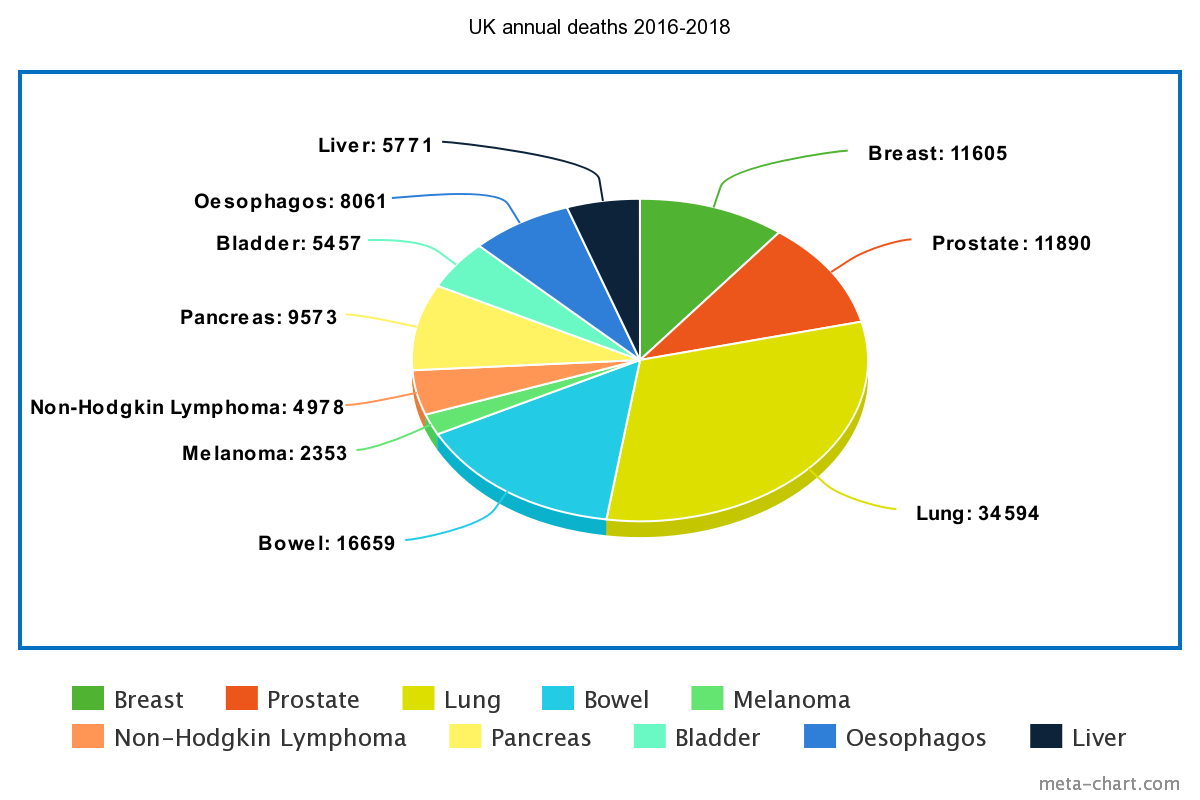 Overall, around 50% of people diagnosed with a form of cancer now survive for 5 years or more (the ‘five year survival rate’). But with so many different types of cancer, underpinning this 50% average is a very mixed picture of survival rates, which ranges from 98% for testicular cancer to just 3% for pancreatic cancer in 2010-11 (the most recent period we have data for).  Some cancer survival rates have improved a lot since 1970 – but unfortunately that’s not the case for pancreatic cancer.