Results of a study funded by PCRF have shown how ‘machine learning’, a branch of artificial intelligence, has the potential to identify which people are more likely to develop pancreatic cancer up to two years before they are diagnosed.

Dr Ananya Malhotra explains: “We took three quarters of the patients and looked at information on symptoms, prior diseases and medications recorded in the two years before diagnosis. We used this information to teach an algorithm, or set of rules, about what to look out for in people who developed pancreatic cancer. We then applied the rules to the remaining 25 per cent of the records to see if we could correctly predict which of them went on to be diagnosed with pancreatic cancer.  It’s such a large amount of data that it was not possible to recognise trends without using such an approach.”

The results, published in the scientific journal PLOS ONE showed that in people aged under 60 yrs, 41% were flagged as being ‘high risk’ up to 20 months before their cancer diagnosis. Nearly three quarters (72%) of the patients who later did develop pancreatic cancer were found amongst these patients, whilst only the remaining 18% were incorrectly identified as ‘low risk’.

Results were similar for the group aged over 60yrs, with 43% identified as high risk up to 17 months before their diagnosis, a group which included two thirds (65%) of patients who were eventually diagnosed with pancreatic cancer. 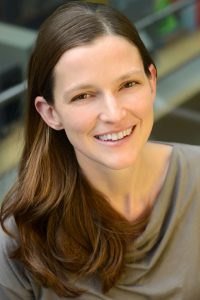 Machine learning modelling tools are not routinely used in primary care settings, but the researchers believe that this type of predictive modelling could be built into GPs electronic patient record systems to help identify individuals who might benefit from further investigations.

And while the team acknowledges that further work is needed to confirm, refine and evaluate their algorithm, they also believe that it could ultimately be combined with an early detection test such as one of the potential blood or urine tests for pancreatic cancer that are currently being developed or validated. This, they estimate, could lead to the earlier diagnosis of around 60% of all pancreatic cancer tumours.

Dr Laura Woods, who led the study, says: “We’ve shown that it is possible to predict which patients may develop pancreatic cancer specifically, even among a group of cancer patients. Our plan is now to apply the model to data from the general population.”

Maggie Blanks, PCRF’s Chief Executive Officer, said: “Using machine learning to help improve earlier diagnosis is truly novel and we’re extremely pleased that this pilot study has shown to have strong potential. We’re looking forward to seeing where this research leads, as earlier diagnosis will be a game-changer for improving survival for patients.”