Joshua, who lives in the rural village of Laide in the Highlands of Scotland, started his enterprise after his mum Sarah was diagnosed with pancreatic cancer and underwent chemotherapy late last year and surgery in April. 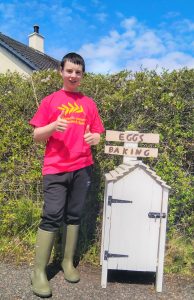 “I wanted to do something to help more research to happen,” says Joshua. “My mum is a good baker and I thought I would give it a try. I made cupcakes and Smartie cookies and sold them outside my house from a wooden box my dad made and I decorated a table with giant flags to attract attention. They sold out really quickly, especially after I advertised my stall on Facebook.

“There’s also an awful lot of tourists at the moment visiting and camping at Mellon Udrigle beach near our house, so I researched different recipes for lemonade online, and tested them out on my dad until we found one we liked best. Then we got up really early in the mornings to make fresh lemonade to sell from a stall on way to the beach, and that was really popular too!”

Joshua plans to continue with his cake and lemonade sales through the school holidays and he’s also he’s come up with a raft of other fundraising ideas which support his environmentally-friendly ethos.  “My dad and I have been making games out of recycled materials, like giant dice for garden or beach version of the dice game Yahtzee, and mini sized ones for people camping,” he says. In addition, Joshua and his dad David sold bric-a-brac at a car boot sale that was donated after Joshua delivered leaflets around the village.

David said: “The whole village has rallied round our family and we feel humbled to live in such a caring community. While Sarah’s been recovering from her treatment, people have been popping in to check on us, cooking meals and dropping them off, and generally being an incredible help, including supporting Joshua in his fundraising. Sarah and I are incredibly proud of what Joshua’s doing – all off his own bat – my main role has been as the official tasting guinea pig!

“We call the box Joshua sells his cupcakes from the ‘Comraich goods box’, which is the name of our house. When we bought the house, we thought about changing the name but we’re so glad we didn’t. Comraich means sanctuary in Gaelic – and this is exactly what our house has become for our family.” 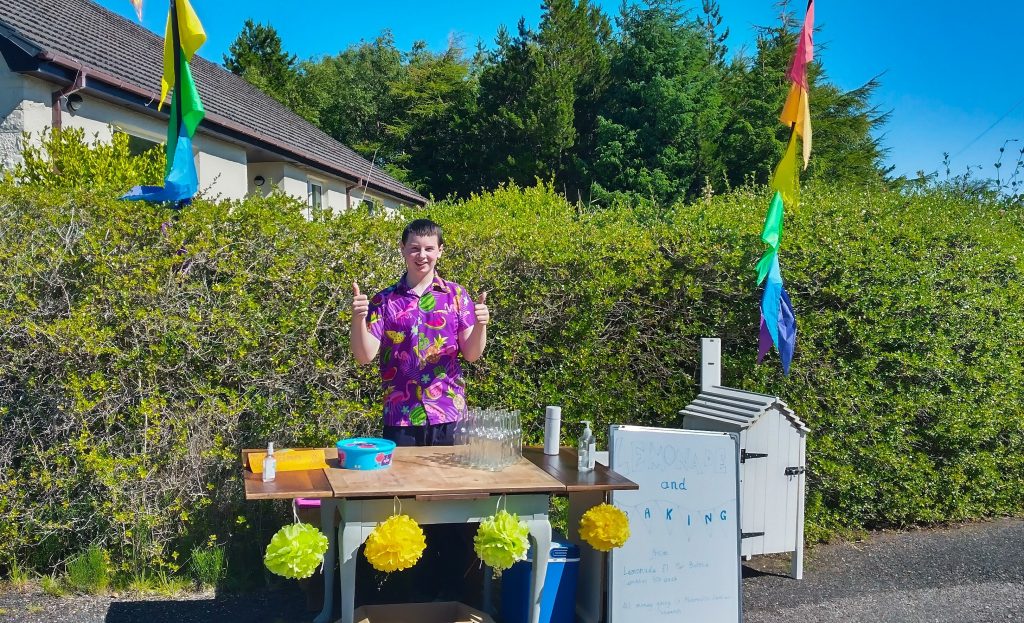