The two friends met six years ago on their first day at medical school at Robinson College, University of Cambridge and have been firm friends ever since.

“At first it was Tahir who really wanted to run a marathon before he graduated and I was helping him train and generally keeping fit myself by being his running buddy,” says Monty. “But when my Grandma was diagnosed and had surgery, I asked if we could run the marathon distance together and use it as a charity fundraiser. Tahir was happy to and was incredibly supportive, really helping to get sponsorship to raise as much money as possible. 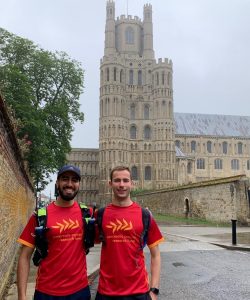 ”I chose to fundraise for PCRF because as medical students we undertake research as part of our degrees and so we know how important research is in making progress against any disease, and particularly with pancreatic cancer, which is so difficult to treat,” he added.

Whilst most guidance advises runners to take around 18 weeks of training to build up to a marathon distance, Monty and Tahir only had 8 weeks before their graduation ceremonies, so their training became rather intensive!

Their winding 42km route took them from Ely Cathedral  to Kings College Chapel in Cambridge where they were met by a group of their friends to celebrate their success. The friends completed their marathon distance in just 4hrs 15 minutes and raised over £2100 – more than double their original target.

Despite recording a time that most amateur runners would be thrilled with, Monty confessed to being a little disappointed with their time. “To be honest, we’d hoped to run it in under 4hrs but thanks to some very poor map reading, one of the paths on the route turned out to be a field of long grass and stinging nettles, which hampered us a bit! It’s funny now, but it really wasn’t at the time!”

Now graduated, Monty, originally from Essex, is about to start work as a junior doctor in North East London at Whipps Cross University Hospital and Tahir is moving home to start work at a hospital in his home town of Chelmsford.

Maggie Blanks CEO of PCRF said: “Thank you both so much! What a magnificent achievement and a wonderful way to finish your medical studies! Your families will no doubt be hugely proud of you. Thanks to you and your generous donors, we’ll be able to fund more cutting edge research into pancreatic cancer.” 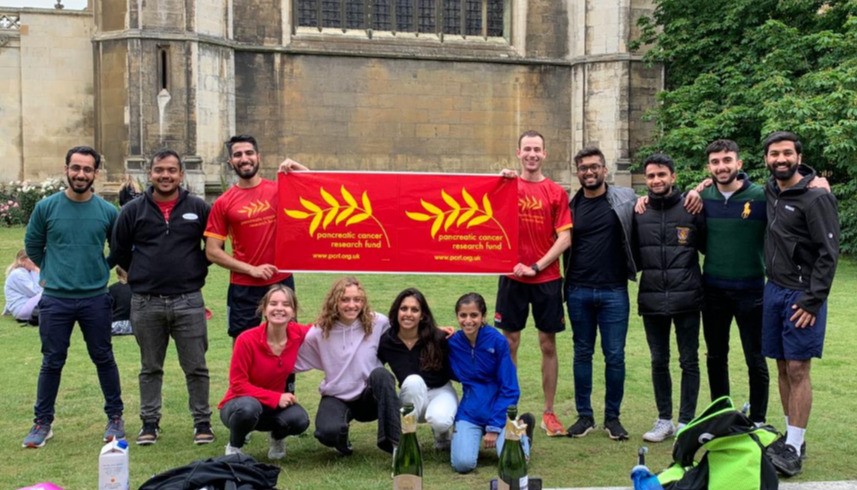