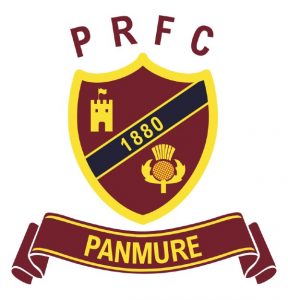 When training at the club had to stop, 25 players aged from 18-52 years, plus the club’s physio and former player Doug Bett (now club President) signed up for the distance challenge.

They aimed to cover 3949 miles – the equivalent distance to the Earth’s core – in just 30 days, and were allowed to run, walk, cycle or use any form of exercise that involved covering measurable distance. To spice the challenge up, they split into three teams and competed to cover the most ground, with friends and family sponsoring their efforts.

Rather than raising money for club funds, the team generously decided to donate the proceeds to PCRF. Doug Bett explains: “We chose PRCF because the mum of one of our players, Phil Herd, was diagnosed with pancreatic cancer and is currently undergoing treatment. She had a successful operation at the end of last year and is now completing a course of chemotherapy.

“Phil researched charities and found PCRF.  As he’s training to be a doctor himself, he really liked the focus on research. The rest of us were happy with that choice – Phil’s been with us for years and came through our junior ranks to play for our first team, so it’s like family and we’ve always had a very strong community ethos. When we found out more about pancreatic cancer we realised how lucky Phil’s mum has been. It just felt the right thing to do.”

All the exercise was carefully logged on different apps and submitted centrally each week to keep careful count of the miles travelled and which team was winning the inter-club challenge. In the end, the teams – Your Pace or Mine, El Presidente’s Merry Men and Run Fat Boy Run – exceeded the target by more than 1200 miles and smashed their fundraising target to raise a magnificent total of £2650!

“It’s been good fun and definitely a win-win situation,” says Doug. “We can’t wait to get back to our own training and coaching at local schools again, but in the meantime the lads got some fresh air and exercise, not just for fitness but also for the mental health benefits, and it’s been great for a bit of competitive camaraderie too. Plus we get to support Phil and his mum, and help out a really worthwhile charity in the process.”